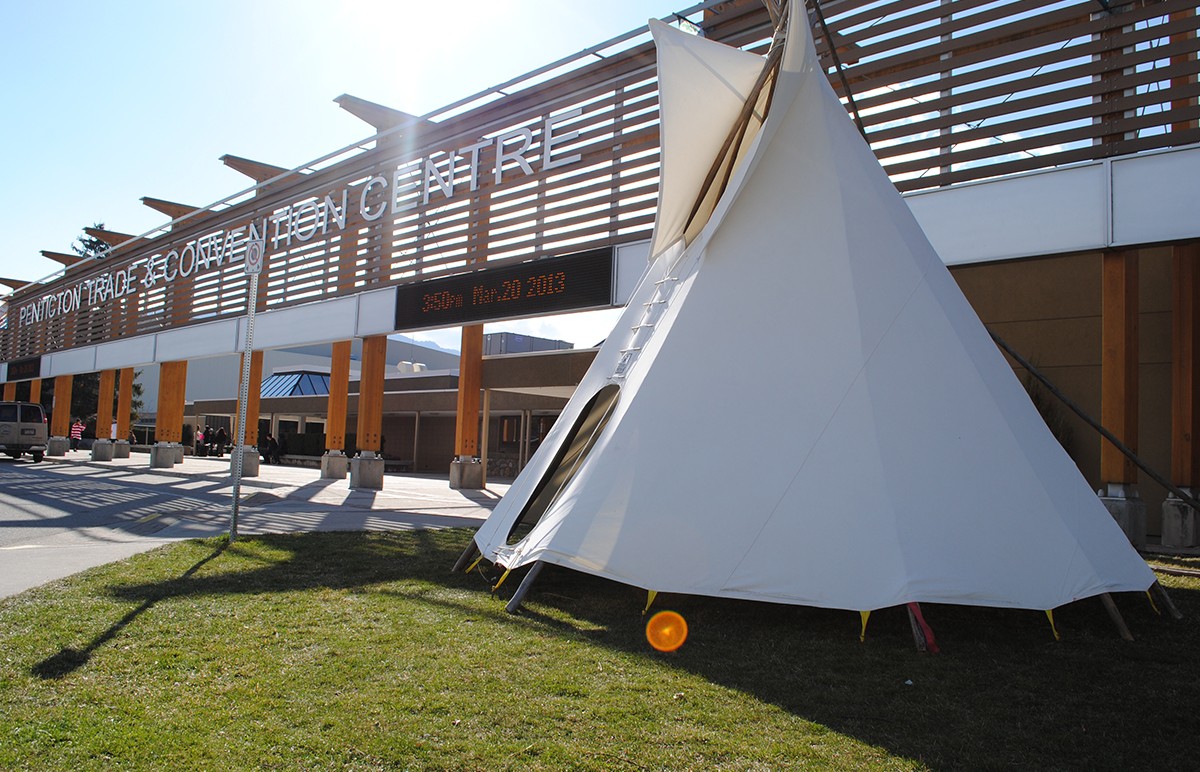 Gathering Our Voices 2013 a citywide success

Over 1,500 Aboriginal youth, chaperones, staff and facilitators from around BC gathered at the Penticton Trade and Convention Centre, for the 11th Annual Aboriginal Youth Conference.

The national conference, held on the traditional territory of the Okanagan Peoples, was hosted by the BC Association of Aboriginal Friendship Centres (BCAAFC) and the Ooknakane Friendship Centre.  Youth between the ages of 14 to 24 participated in workshops and cultural activities, shared their talent, networked and connected with exhibitors at the Career and Education Fair.

“The coordination that goes into an event of this size is a huge undertaking.  The BCAAFC has nailed it to a ‘T,’” shared Peggy Joe, Executive Director of the Ooknakane Friendship Centre and co-host of the conference.  Joe added that, this event is “truly about leadership.  The keynote address and messages were ‘You are future leaders.’ ‘You can be whatever you want to be.  There is no excuse.’  I like that.  Our kids decide.”

The conference encompassed the entire City of Penticton.  Hotels, restaurants, retailers and various Penticton based venues, including the Penticton Community Centre, Penticton Curling Club and SS Sicamous, each contributed to the conference’s success.  As an overall, Joe acknowledged that this conference was “very positive for the community and an opportunity to showcase Okanagan [Aboriginal] talent.”