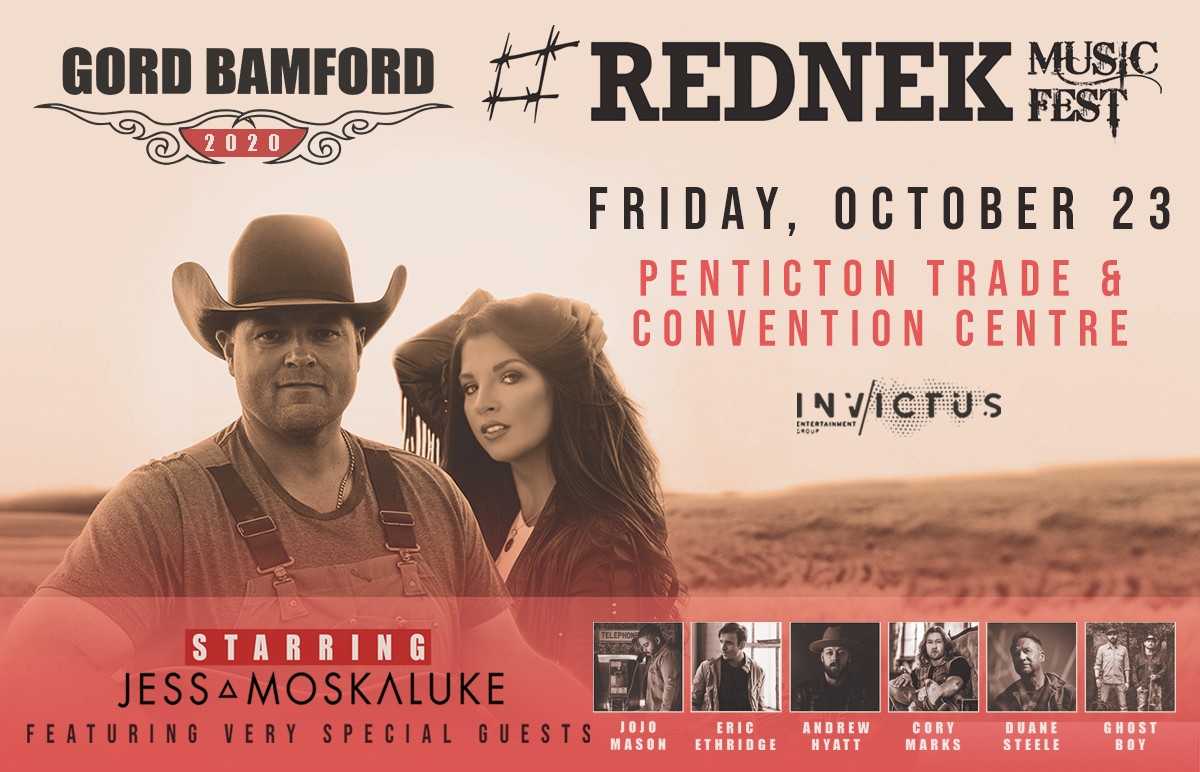 The Gord Bamford #Rednek Music Fest has officially been rescheduled to Friday, October 23, 2020 and will now be held at the Penticton Trade and Convention Centre. The show was previously scheduled for the South Okanagan Events Centre on Friday, March 27 but was postponed in response to the COVID-19 outbreak and the provincial government’s declaration prohibiting gatherings of greater than 250 people. All tickets purchased will be honoured at the new date and venue in the general admission (standing room) floor setting. Given the switch to general admission and date change, refunds will be made available by contacting the Valley First Box Office at 250-276-2144 or by email at soec-boxoffice@penticton.ca. Please note, the Valley First Box Office at the SOEC is closed to the public until April 6 as part of the City of Penticton closures.

Multiple CCMA and CMA award-winning singer/songwriter Gord Bamford will be hitting the road across Canada in 2020 with his #REDNEK Music Fest tour that will showcase a broad range of homegrown country music artists including the hottest emerging acts in Canada. Along with Bamford, the show stars multi-platinum, JUNO Award winner Jess Moskaluke, and an incredible line-up of rising talent including Andrew Hyatt, Cory Marks, Duane Steele, Eric Ethridge, Ghost Boy and JoJo Mason.

The tour coincides with Bamford’s latest single, “To Get To You” featuring Jess Moskaluke and the success of his previous single #REDNEK, both from his forthcoming ninth studio album. The theme #REDNEK inspired him to conceive a tour consisting of likeminded artists. “I’ve always wanted to do a traveling festival where you can hear a great variety of new music,” he says. “I want to hit as many towns in this country as possible. The shows will predominantly be in arenas, but we’re not afraid to go to smaller towns with more intimate venues. I’m very excited to share the stage with the highly talented Jess Moskaluke, and to sing our new duet for the fans.”

Tickets are $43.50 (plus additional fees) and can be purchased online at ValleyFirstTix.com.

Please note, the Valley First Box Office at the SOEC is closed to the public until April 6, 2020 as part of the City of Penticton closures. 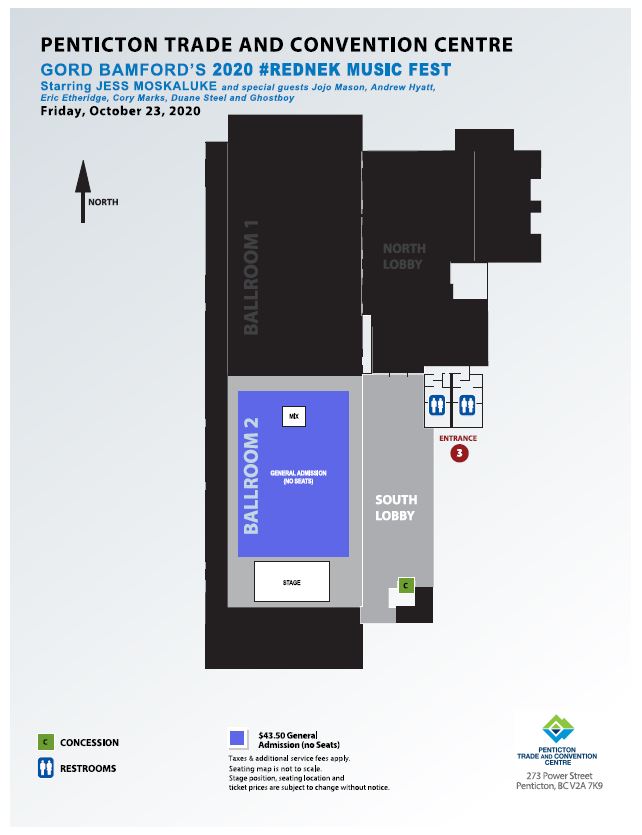